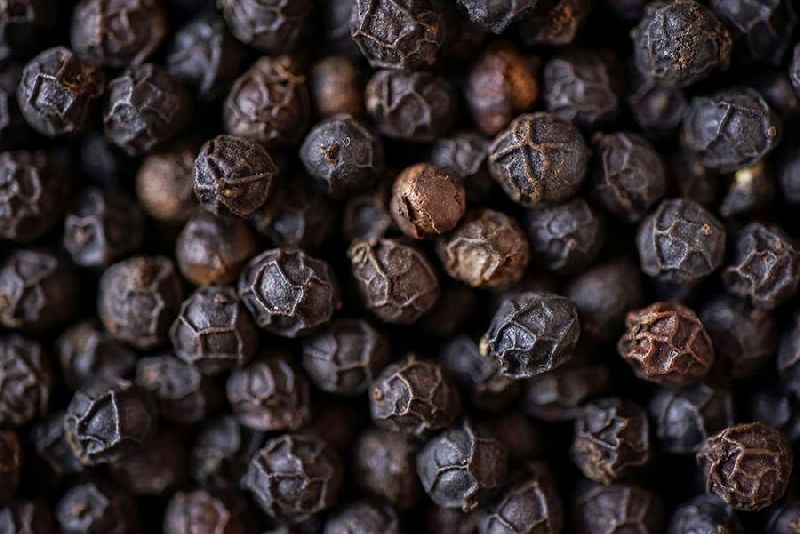 Indigenous to India, pepper, rightly called the King of Spices, is one of the oldest and best-known spices in the world. India has always reigned supreme in the production and export of this most exotic and sought-after spice. Indian pepper had a profound influence on the European economy of the Middle Ages. Many western countries owed their prosperity to this spice which fetched them a very high price. Easily the finest in quality anywhere, Indian pepper is grown in the monsoon forests along the Malabar coast in South India. Here, a combination of natural advantages and organic techniques produces bigger, better-shaped, more aromatic, and flavored berries. Two of the most celebrated trade varieties of Indian black pepper are Malabar Garbled and Tellichery Extra Bold. India also offers green pepper in several processed forms - frozen, dehydrated, freeze- dried and packed in brine. Pepper is a perennial climber requiring the support of live or dead stands