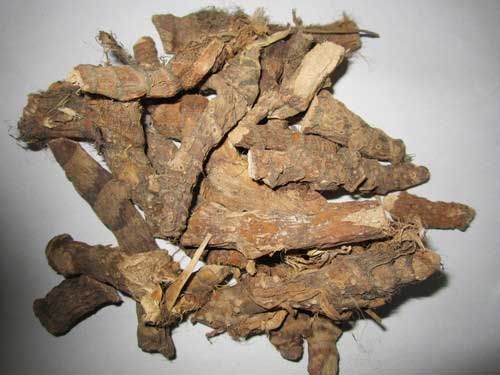 Acorus calamus (also called sweet flag or calamus, among many common names) is a tall perennial wetland monocot of the Acoraceae family, in the genus Acorus. Despite common names that include the words “rush” and “sedge“, it is neither a rush nor sedge. The scented leaves and more strongly scented rhizomes have traditionally been used medicinally and to make fragrances, and the dried and powdered rhizome has been used as a substitute for ginger, cinnamon, and nutmeg.

Sweet flag has a very long history of medicinal use in Chinese and Indian herbal traditions. It is widely employed in modern herbal medicine as an aromatic stimulant and mild tonic. In Ayurveda, it is highly valued for its ability to bring clarity to consciousness. It is the best remedy for the ill effects of alcohol, particularly on the brain and liver, and is used in Ayurveda to counter the side effects of all . This root has been used as a rejuvenator for the brain and nervous system and as a remedy for digestive disorders. It is used internally in the treatment of digestive complaints, bronchitis, sinusitis, etc. It is said to have wonderfully tonic powers[citation needed] of stimulating and normalizing the appetite. In small doses it reduces stomach acidity whilst larger doses increase stomach secretions and it is, therefore, recommended in the treatment of anorexia nervosa .Sweet flag is also used externally to treat skin eruptions, rheumatic pains and neuralgia. A homeopathic remedy is made from the roots to be used in the treatment of flatulence, dyspepsia, anorexia, and disorders of the gall bladder. It is also used in incense sticks and dhoop and is widely used as an insecticide for lice, bedbugs, worms, etc.